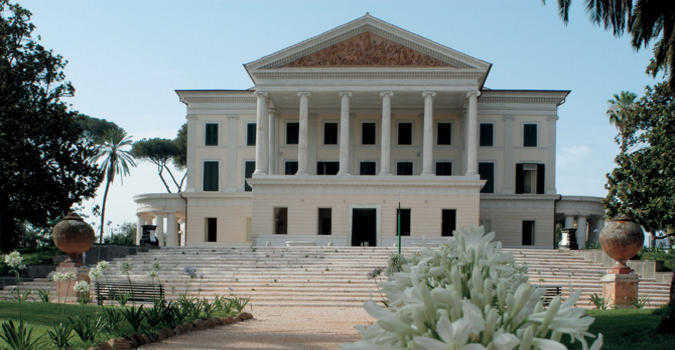 Amongst the many beautiful estates built for the Roman nobility, Villa Torlonia is the most recent one and one of the most memorable.
In its layout we can find a rich variety of buildings, each and everyone with their own character, crowned by the originality of its English styled gardens very rarely seen in Rome.

As Giovanni Torlonia obtained his Marquis title in 1797, he started developing the estate with the intent of matching the mansions of the Roman Princes and royals in beauty and magnificence, beginning a process that will last for many generations after his own.

One by one the buildings were enriched and restyled, the park furnished with priceless pieces of classical art until the developing stopped with the fall of the Fascism in Italy.
The last inhabitant of the Villa, was in fact, Mussolini himself, who was allowed to live there between 1925 and 1943 until the English and American troops occupied it until 1947.

It finally got back into Italian hands in 1977 and opened to the public soon after and, after changing owners for so many years, in the 90’s it was restored to its original beauty.

Within the walls of Villa Torlonia you can visit the Park and its main buildings:
Casina delle Civette, also known as “Swiss Cabin” it underwent many changes and transformations and it was the very home of Giovanni Torlonia until his death. It is positioned out of the plain sight as to grant some privacy to the occupiers. Its style resembles the northern wooden mansions, giving it a rustic feel; 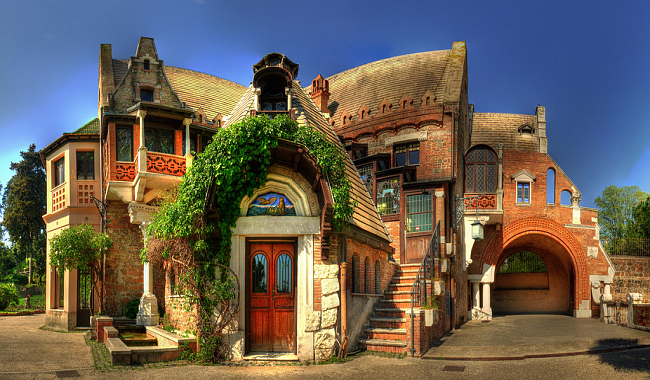 Casino Nobile is the most imposing of the buildings decorated with Doric columns giving it a classical feel, it was styled to impress with vast terraces,a ballroom illuminated by a single huge window and a complex game of mirrors well positioned to drive light in every corner and salons hosting a rich art gallery. Its basement has also been converted into a bunker for Mussolini’s safety;
Casino dei Principi is a smaller building but not less important. The romantic feel pours out of the external walls decorated with sixteen century French styled windows and a long elegant balcony; it was used to host luxurious parties for the nobility. 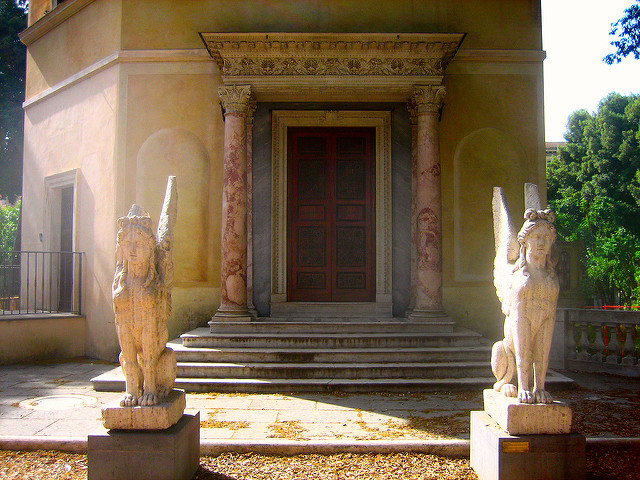 Every building has its style and it is filled with invaluable treasures of art and architecture and nowadays is also used as exhibit site for art events ,a venue for educational tours, private shows in the majestic ballroom, conferences and glamours parties on the terrace overlooking the spectacular park.