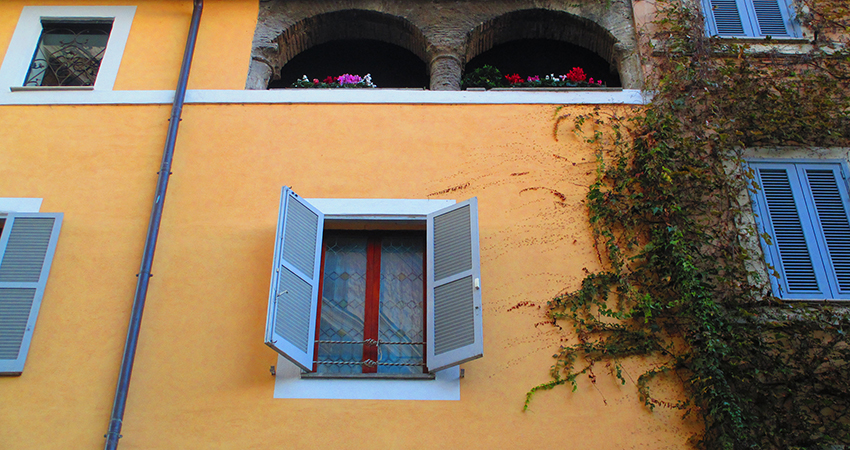 A labyrinth of narrow streets, paved with “sampietrini” (cobblestones made of flint stone and carved with an ancient technique, typical of Rome), overlooked by lots of restaurants and bars, open day and night: welcome to Trastevere, one of the most charming among Rome’s neighborhoods.
It’s an ancient neighborhood, lying on an inhabited area that dates back to the republican period and that the Romans conquered fighting with the proud Etruscan people. Trastevere comes from Latin “Trans Tiberim”, that is, “across the Tiber”; its symbol is still a lion head on a red background, reminding of the one exposed at its entrance up to 1400. It represented the fierceness of its inhabitants, heirs of the fishermen and sailors who had lived there when Rome wasn’t a republic yet, but was taking its first steps towards the conquest of the world as they knew it.
Trastevere is not only a place to enjoy good food and have fun, but also an example of historical-architectural preservation (as shown by its churches and gates), because it has almost never changed over the centuries, maintaining the charm of its streets and alleys, where everybody knows one another and you can find smiles and hospitality.