Travel deep beneath the streets of modern city to underground Rome, explore the Roman crypts, graves and catacombs,and get a taste of the archaeological lasagna that we call Rome.

Join us on this journey to the underground Rome buried deep under the busy streets, and uncover the hidden treasures of this wonderful city and its glorious past. On this tour we visit three venues unlike anything you have ever seen.

The venues on this tour are easily the most fascinating venues of them all: underground crypts, ancient frescoes, burial sites, tombs of Popes and layers of Rome going all the way to the first century AD. And the best thing about this tour is that you do not have to use your imagination to understand how people lived and died nearly 2000 years ago in ancient Rome, you see it and feel it. Our groups are never larger than 15 people for this tour, and we physically cannot bring more people in at once, because we want you to experience everything first hand, be right next to the guide in these dark and macabre underground sites. We use headsets on this tour to make it even more interesting and easier to follow, and we use the best guides to make this tour really special for you.

Our guide was a wealth of knowledge, the catacombs were amazing and the capuchin crypt was an eye-opening experience.

Get to know us here!

We start with the ancient catacombs built in the second century AD, and located outside the city walls. Catacombs of Rome were excavated or dug by the ancient Romans to bury their dead almost 2000 years ago, they are extensive networks of tunnels in some cases 10-20 km long. With the help of your expert guide you will walk the narrow corridors of these ancient cemeteries, visit underground chapels and burial chambers, and admire early christian arts. The catacombs were dug when the Christianity was still illegal and Christians used these dark and cold, underground tunnels to secretly gather, pray, worship and evangelize.

The second venue is Basilica of Saint Clement, this place is perfect example of how the city was built over thousands of years. In this beautiful church you can literally travel in time, because there are four layers of history of Rome under one roof. In the second half of 19th century, during repair works, the workers discovered that there was something beneath the main building, the excavations began and lasted for nearly 50 years, the result was overwhelming even for the seasoned archaeologists. What they discovered was: a 4th century church on top of a 2nd century pagan temple on top of a public building built in the second half of 1st century. It was an incredible find that demonstrates perfectly the archaeological lasagna that is Rome.
The third and last venue is the Roman crypts or the Capuchin crypts. This place will leave you speechless! The Capuchin Crypts is a very strange place and yet it is a place of peace and meditation. In the first quarter of 18th century Capuchin monks who lived in the new Capuchin convent, had decided to decorate the crypts of the church with the remains of their dead brethren. Using almost 4000 skeletons they were able to produce a very macabre yet beautiful work of art. The crypts are a series of 6 small rooms, 5 of which are fully covered in human bones: chandeliers, clocks, hour glasses, skull and bones, altars, and many more symbols were created using real bones. For many travelers this place becomes an unforgettable highlight of their trip to Rome.

It is very easy to book with us, just choose the number of people and the date and click book now button.

Venue number one: The Catacombs
5 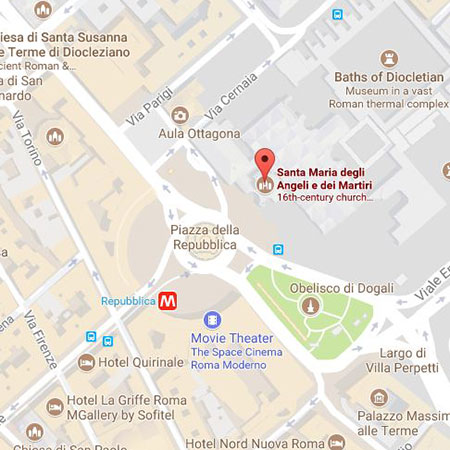 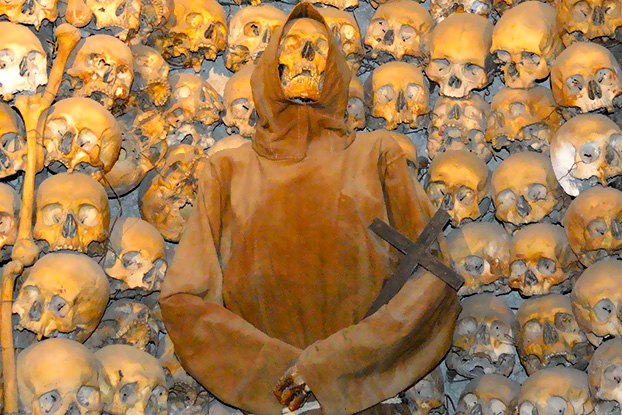 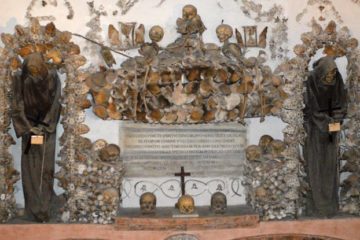