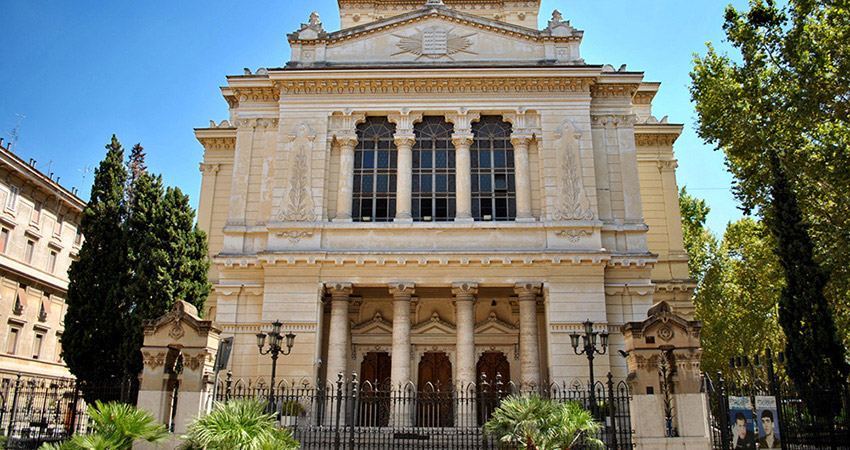 The Roman Jewish Ghetto (the second-oldest in Italy, following the one in Venice, whose dialect originated the word indicating for decades the places where Jews were forced to live and work) was established on July 12th, 1555 by Pope Paul IV; it marked the beginning of a long story filled with tragic moments, such as the last months of WWII. By Papal decision, all Roman Jews and the ones arriving gradually could only live in a part of Sant’Angelo neighborhood; they were only allowed to trade clothes and were forbidden to own real estate properties, such as houses. The interesting thing is that the Jews were allowed to lend money for profit and run the lottery, this is one of the reasons why Jewish traders started to work with gold and money, often becoming bankers that served the Popes.
Jews of the Ghetto experienced centuries of marginalization, represented by the walls that marked the boundaries of the ghetto; these lasted until 1848, when Pope Pius IX – sending Jews back to the Ghetto after gleam of hope of freedom during the Roman republic – decided to tear them down.
Fate decided that in 1870, the first cannon shot against the Vatican walls marking the end of the temporal power of the popes was to be blown by a Jewish official of the Piedmontese army.
Today, the Roman ghetto is a place where culture and tradition melt in a whole whose ideal center is the square -plan Synagogue, with a big dome standing out against the sky. Built in 1904, it hosts the Jewish museum and the Spanish temple.
The Porticus Octaviae (2nd century BC), the Turtle Fountain (16th century), the Theater of Marcellus and the Tiber Island alone are worth a visit to the ghetto, where there are many restaurants offering kosher specialties, from fish soup to “giudia” (meaning “Jewish”) artichokes, famous all over the world.