The Ides of March or Death of Julius Caesar

The Ides of March or Death of Julius Caesar 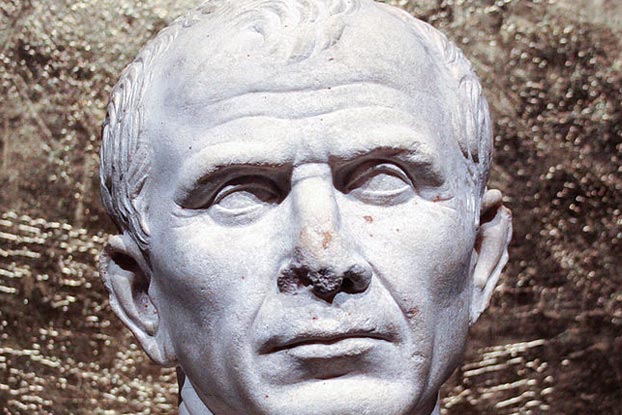 Beware the ides of March…

The ides of March or March 15th in our modern calendar, was a very important date for ancient Romans. It was an important holiday or maybe the deadline to settle the debts with the senate and the banks. 2062 years ago today marked a very important moment in Roman history – one of the greatest men of antiquity, Julius Caesar, was assassinated by as many as 60 members of the senate (we do not know the exact number), led by adopted son of Caesar Brutus and Cassius, sworn enemy of Caesar.

Julius Caesar had been warned by the seer that his life was in great danger, but he took it pretty lightly and the last time he saw the seer he even made fun of him by saying “the ides of March are come” meaning that the seer was wrong and the prophecy had not been fulfilled, to which seer replied:”Aye Caesar, but not gone”

The meeting with his party was supposed to take place in the Curia Hall of the largest theatre of Rome called Pompey’s Theatre. Upon his arrival to the place of meeting, Julius was trapped and brutally murdered, he was stabbed by at least 23 members of his own party.

The assassination had triggered a civil war that lasted for few years, until finally, Julius’s adopted heir and nephew Octavian, took revenge, suppressed all resistance (by executing over 300 members of senate suspected of plotting against him), won the battle against Marc Antony, and became the sole ruler of Rome and new Roman Empire.

Murder of Caesar marked the transition from old republic to the new empire. It was considered sacrilege and a huge disgrace, so soon after the assassination the Curia Hall was converted into a public latrine. The body of Caesar was buried in Roman Forum. Every year on March 15th, you can go to the place where he was killed: Largo Di Torre Argentina, to witness a reenactment of his assassination.

Et tu, Brute…. (and you, Brutus) the last words of Caesar.