Shopping in Rome: a shop for every cardinal direction

Shopping in Rome: a shop for every cardinal direction 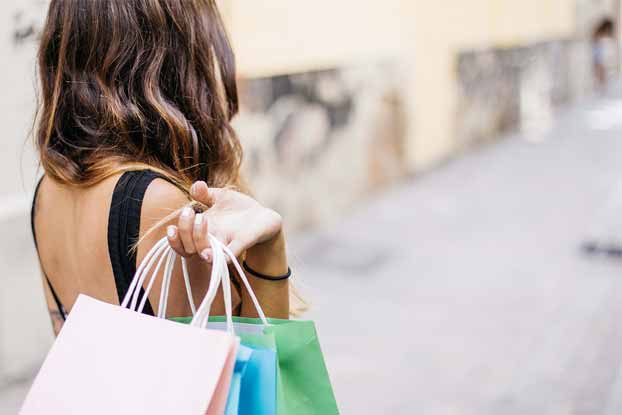 As cliché as it sounds, shopping is one of the favorite activities for most people, especially if you’re in a foreign cit y. As tourists, we often look for the most typical object from a country to bring back as a memory. This short guide we wrote for you will take you on a journey to discover the best places to do shopping in Rome. To make it more useful, we divided Rome in four areas, so it will be easier to recognize them with a map in hand.

Shopping in Rome: North and Center

The north and center of Rome are ideal destinations if you want to shop in the high end fashion field. Stores downtown are some of the most expensive ones (just think about Versace, Gucci, Chanel…), but they’re also the most stylish. Shopping in Rome is fun when you have many streets available to shop from. Some of the most famous ones are Via del Corso, Via Condotti, Via del Babuino, Via Frattina, and Via Cola di Rienzo. These streets have also appeared in multiple movies, as they’re full of glamorous stores. All of these streets are easily accessible via public transportation or a cab. You can check apps such as City Mapper to see the shortest way possible. Not all of the shops there are as expensive as you would expect from the city center of a city.

In fact, your shopping in Rome on a budget gets even easier to do if you move up north. One of the four biggest malls in Rome is called Porta di Roma. Inside you’ll find more than 220 stores, a movie theater, a supermarket and IKEA. To get there, we’d advise you to take a car. If this is not possible for you, worry not! There are plenty of buses that stop nearby, such as the 80 or the 38. The closest metro station is Jonio, on the B1 line.

Termini station deserves an honorable mention, as it has a great number of stores that keep you company while you wait for your train to leave. It’s also useful to know that many shuttles leave from Termini and take you to some of these malls, making the process of getting there a lot easier.

Shopping in the south of Rome is a very fun experience as well. A slightly smaller mall called Euroma2 is there, holding around 230 shops, including a supermarket. Getting there is fairly easy: all you need to do is get off at the B line metro stop Eur-Fermi. From there, hop on the 070, 700 or 709 buses until you get to the stop Colombo/Pacifico.

You can’t say you did your shopping in Rome until you’ve visited Viale Guglielmo Marconi. Its location is right off the metro B station Marconi, and it’s quite a long street that connects the south of Rome with Trastevere. What’s great about this street is that its suburban position makes it a perfect compromise for the ones who want good quality at a lower price.

Some areas in the east and west side of the City are not too touristy. However, the amount of inviting shops really takes your shopping in Rome to another level. Via Appia Nuova and Via Tuscolana is where you will find most locals. Both streets serve the city as big traffic helpers and are filled with stores of any kind. There is even better news. You can get off along any metro A line stop between Cinecittà and San Giovanni, and you’ll find a multitude of shops waiting for you (and your wallet!).

Roma Est is the mall you’ll find in the area, with its 220 shops and a movie theater. The best way to reach this mall is to drive there (you can easily find it just outside of the GRA), or take a cab. Alternatively, there’s a convenient bus that leaves from Termini station and get to the mall.

If you find yourself in the Fiumicino area (maybe your plane just landed or is about to take off) then Parco Leonardo is the place to be. Inside you’ll be able to find not only more than 200 shops to do your shopping in Rome, but also the largest Italian movie theater. The quickest way to get there is by train (the closest station is called Parco Leonardo) or by cab.

We hope this post will come in handy on your next trip to Rome. If you’re also interested in touring the city, we offer walking and sightseeing tours of Rome that will take you on breathtaking journeys. Leave a comment below to let us know what’s your favorite shop in Rome. We’ll include it in our list! Have a happy and responsible shopping!

Tags: mall rome shopping what to do in Rome
Previous postThings to Do On Halloween in Rome
Next postBest 6 Vegan Places in Rome