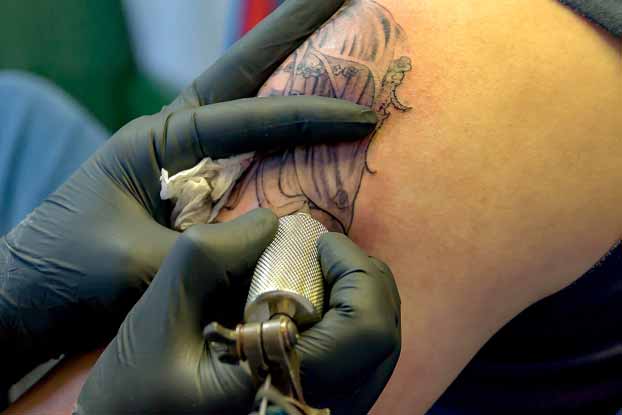 By now, it’s pretty much settled: Rome takes your breath away. Its monuments, views, museums, and vitality is really what keeps people coming to visit the Eternal City. If you’re an ink lover, you might get some inspiration for your next tattoo while you walk around the cobblestoned streets of the City. Then, why not make it a Rome tattoo? We already made a list of “the classics” Rome themed tattoos you might want to get (did you miss part one? Click here!). However, if you’re feeling a bit out of the ordinary, here’s the second part of our article that lists unique tattoos only! 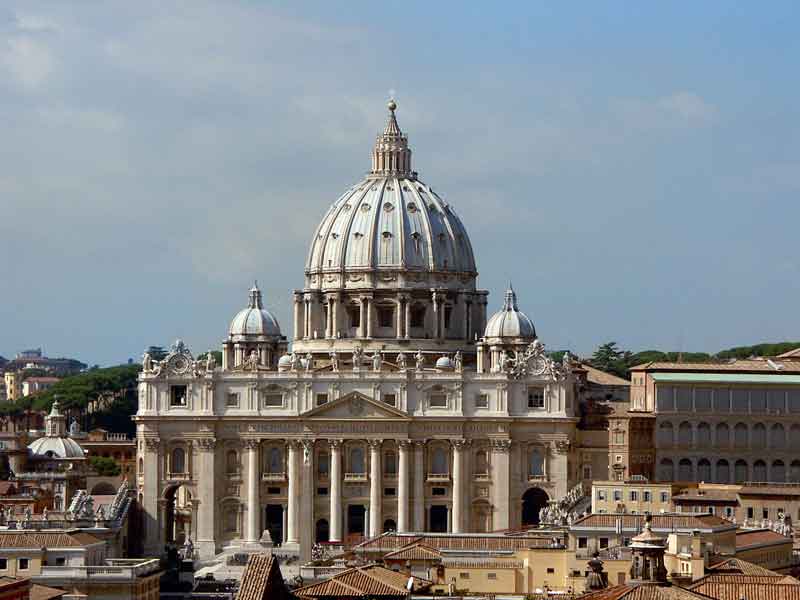 #1: Saint Peter’s Dome – Its uniqueness comes from its charm. St. Peter’s Basilica is the largest church in the world and one of the greatest works from the Renaissance. Michelangelo, Bramante, Bernini: these are only some of the artist that took part in designing it. Symbol of the Church in Italy and the rest of the world, this would make an awesome Rome tattoo idea no matter your religious beliefs. 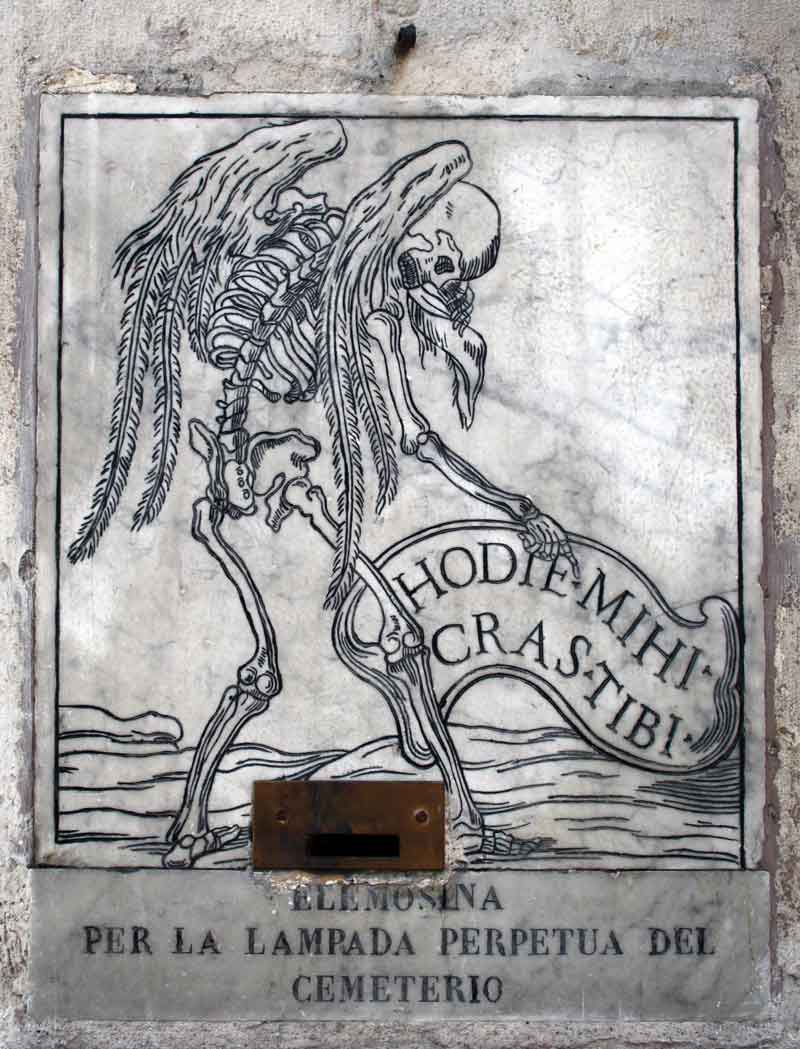 #2: Hodie Mihi Cras Tibi – “Today me, tomorrow you”; it’s what this phrase means when translated from latin. This is a recurring sentence you could find on older gravestones; it reminded people that, eventually, everyone has to go through rough times. On a plaque on the church Santa Maria dell’Orazione e Morte in Via Giulia, you’ll be able to see it for yourself and reflect upon it (and maybe get it on you afterwards!). 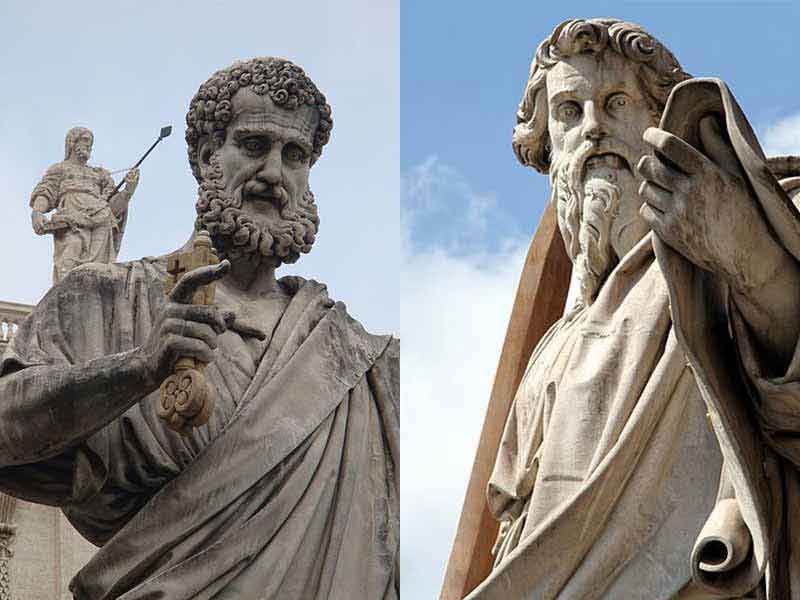 #3: St. Peter and St. Paul – St. Peter and Paul, the patron saints of the city of Rome. Their two statues guard the Basilica from above, leaving tourists and locals speechless because of their majestic nature. Saint Peter and Paul are very important to the Eternal City, because they founded the Church in ancient times. Nowadays, even non-religious people celebrate on June 29th, a national holiday dedicated to them. 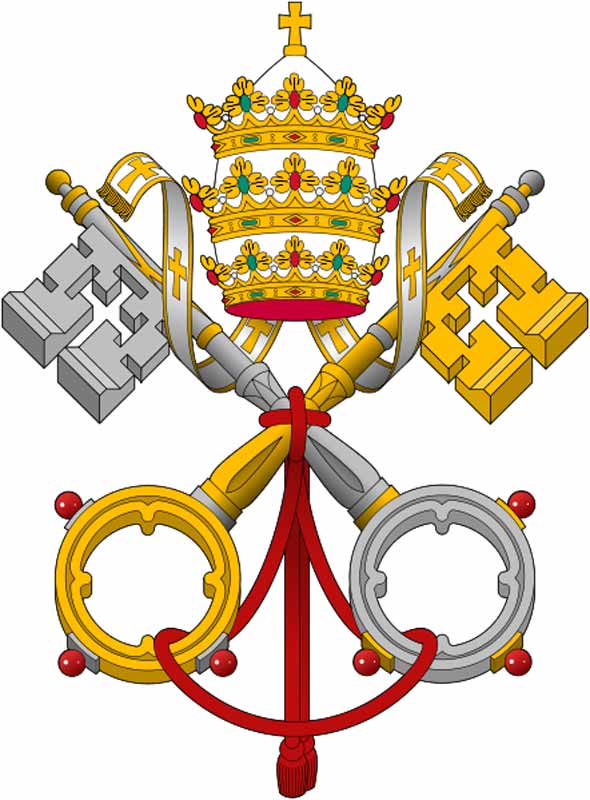 #4: Papal Tiara and Keys – If you’re a bit familiar with the Vatican, you’ll realize that a Papal tiara and keys appear on the State’s flag. The tiara symbolizes the power the Pope gets once elected, while the keys are a reminder of the ones St. Peter holds. All together, it conveys a strong message of strength and unity, something that people might find intriguing to get as a Rome tattoo.

#5: Chi Rho Symbol – Chi Rho is a Christogram, also known as part of monograms. A monogram is a combination of letters that overlap to form a unique symbol. In this case, it represents the name of Christ; the letters (Chi: X, and Rho: P) are in ancient Greek. Clearly, this symbol has a great importance within the Christian community. People with strong religious beliefs might want to look into this kind of tattoos. 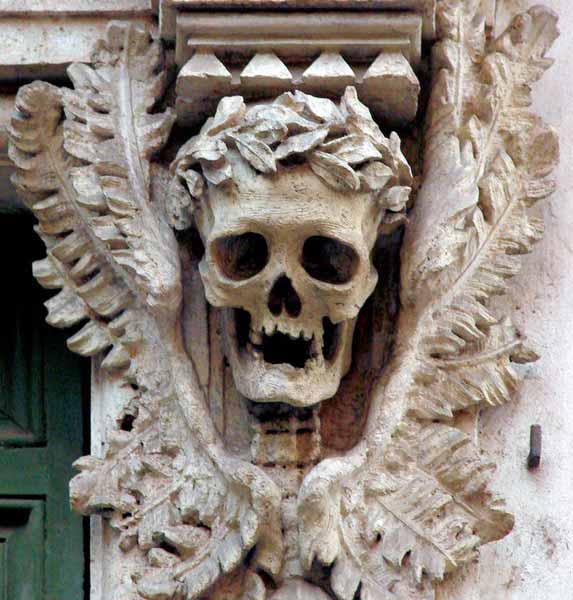 #6: Winged Skull – This Rome tattoo symbolizes the extent of fragility of human life. In fact, by portraying a winged skull you can refer to Time itself. Keep also in mind the phrase “memento mori”, which literally translates from Latin to: “remember death”. This phrase is often next to sculptures of winged skulls, especially next to the entrance of churches in Rome. 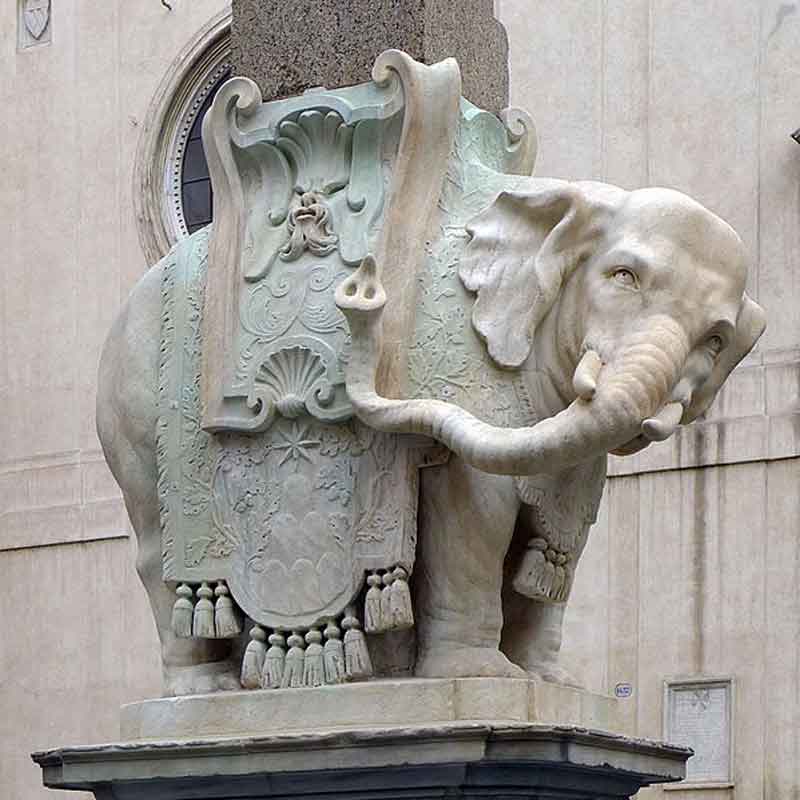 #7: Elephant Topped with an Obelisk – The Elephant and Obelisk in Piazza della Minerva is one of the 13 obelisks that you can find around Rome. Created by Bernini, this piece of art can be found next to the church Santa Maria sopra Minerva. There is an inscription at the base of the obelisk. It refers to the strength the elephant must exercise to support the weight of the obelisk (which hold Egyptian knowledge). Similarly, we also have to exercise similar strength to sustain knowledge on our own. 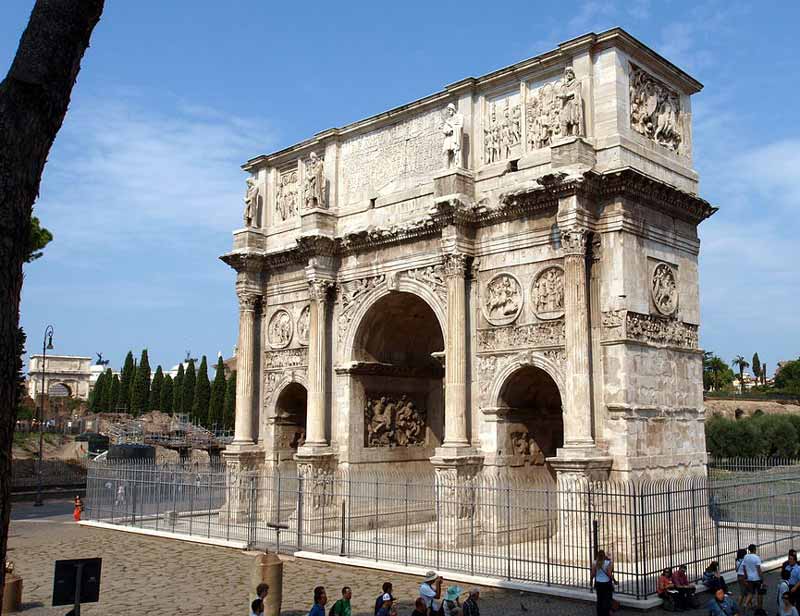 #8: Triumphal Arches of Rome – Whenever emperors would win a battle or war, they ‘d bring honor to Rome as well. To commemorate that, they often built arches of triumph in strategic locations around the Empire. The largest one in Rome is the arch of Constantine, which stands right next to the Colosseum. They placed it along a Triumphal way, to remind their citizens of the success of their ruler. 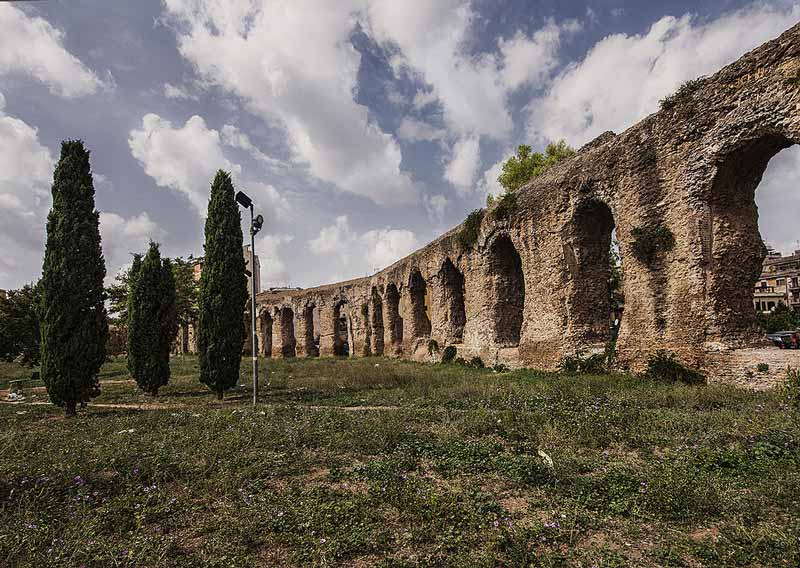 #9: Aqueducts of Rome – The ancient Romans were great architects. They built aqueducts to be able to supply water to every town, fountain, and public bath of Rome. To this day, some of them still work and provide water to the City. As a unique symbol of strength and endurance, we believe the aqueducts would make a great Rome tattoo. 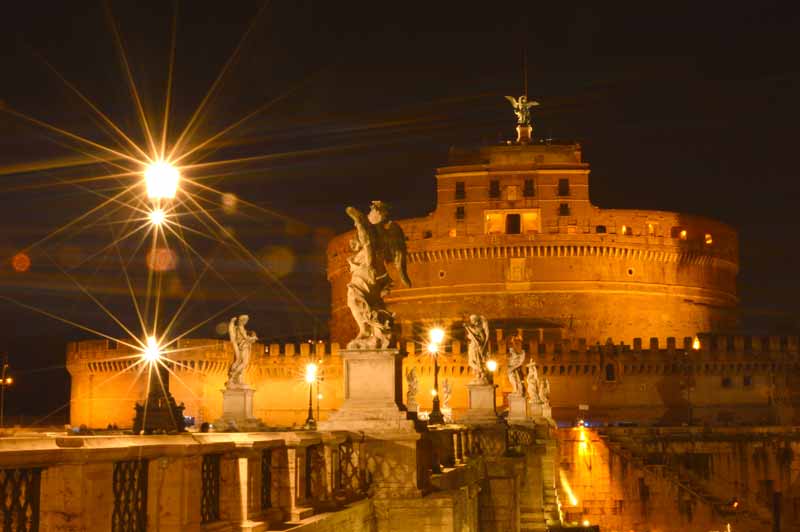 #10: Castel Sant’Angelo – This castle in Rome has extensive experience with legends and secrets. If you’re looking for something spooky, this is the place to go; there are even talks of ghosts appearing at night on the bridge! Keep in mind this was also the hiding spot for the Pope whenever war or enemies threatened him. With a backstory like this, it’s hard not to get this as your Rome tattoo, no?

We hope that this list of unique Rome tattoo ideas gave you some inspiration to also visit these locations. In that case, don’t forget to check out our tours of Rome, we’ll be able to surprise you! Let us know in the comments what you’d like us to talk about next!

Tags: fun ink inked rome Rome tattoo ideas SPQR tattoo Tattoos in Rome things to do in Rome unique what to do in Rome
Previous postRome’s Testaccio neighborhood – Experience Rome Like Local
Next postThings to Do On Halloween in Rome