Park Of The Aqueducts In Rome

Park Of The Aqueducts In Rome 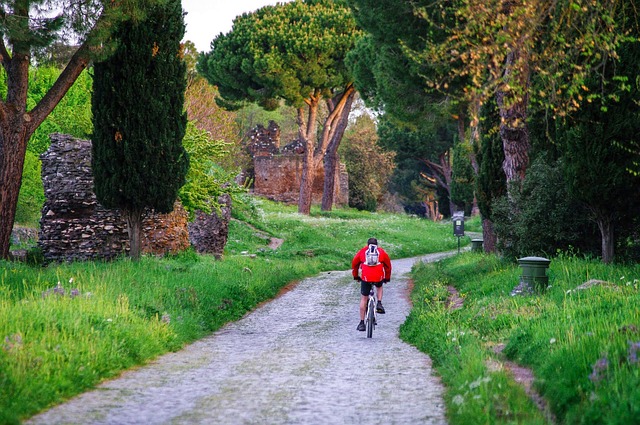 If you’re not from the area and you’ve only visited downtown Rome, chances are that you’re missing out on Park of the Aqueducts. Parco degli Acquedotti (the Aqueduct Park of Rome) is part of the Appian Way Regional Park, a protected area of about 3400 hectares. It’s such an extensive area that its surface is covered every day by hikers, bikers, runners, and people walking their dogs. Read on if you want to know more about this park and the to-do list to check while there!

The interesting aspect about Parco degli Acquedotti is that it hosts several aqueducts structures, some of which still function. This park covers the area nearby Via Tuscolana, a famous street full of affordable shops and a smaller mall. The easiest way to access it is by car if you park it on Via Lemonia. Other very easy ways to get there is by public transport; by getting off at any A line station between Subaugusta and Lucio Sestio, you’ll only be a few minutes away by foot from the park. One of the best time of the year to go to the park is during Spring. In fact, specifically on days such as Easter, April 25th and May 1st (observed holidays in Italy). Friends gather and have barbecues, so it gets pretty packed, although it is something worth experiencing.

Park of the Aqueducts – Appian Way

The Appian Way is one of the oldest paved roads in the world. Its construction between 312 and 264 B.C. made it possible to connect Rome to other cities in the South of Italy. For this reason, a common saying became “all roads lead to Rome.” In ancient Rome, the Appian Way used to be a road that helped carry military supplies. Nowadays, a good part of it is only accessible on foot. If you decide to go out for a stroll in the area, you’ll find out that the Appian Way is not too far from Park of the Aqueducts, and you can visit both amazing sites in one sitting.

Park of the Aqueducts – Catacombs

When out and about, sometimes it’s hard to find something to do even in a huge city such as Rome. However, not too far from Park of the Aqueducts and alongside the Appian Way Regional Park, you’ll be able to visit some of the spookiest catacombs in the city. Catacombs are underground tombs where ancient Christians used to bury their dead, but also hide from the Romans. You can decide to tour these places alone, but we recommend you join a guided tour to make sure you don’t miss out on anything.

We hope that you enjoyed reading about the vast Park og the aqueducts. Leave us a comment if you went and loved it as we did! If you want to visit other areas of the Eternal City, visit our website to learn more about the tours that we offer around Rome.

Tags: Appian Way Aqueducts Catacombs hiking Park of the Aqueducts public transport take a stroll in Rome things to do in Rome tourism in Rome Via Tuscolana
Previous post10 Secrets of the Vatican
Next postChristmas in Rome: the Magic of Tradition