5 Movies Set in Rome You Have To See

5 Movies Set in Rome You Have To See 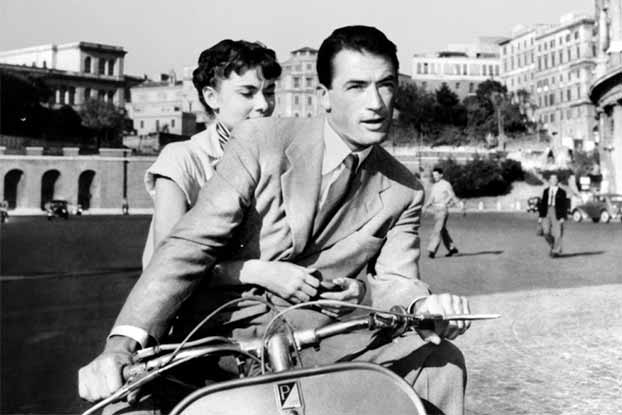 You’re all set. Airplane ticket, hotel, and transportation are booked. You sit on your couch, sipping on your favorite Italian wine, starting the countdown to your trip to Rome. Now it’s the perfect time to turn on your TV and play some of the best movies set in Rome. To get in the right vacation mood, here’s a list of movies (and Tv series!) we recommend you watch before you land in Rome. They’re all set in the Eternal City (or use some of the most famous Roman locations), so they’re definitely worth watching!

Believe me, you don’t want to miss this oldie. Roman Holiday is one of the most romantic comedies produced in the 50’s. If your dream date is the one of riding a Vespa scooter with your significant other, through enchanted streets of Rome and around stunning Roman monuments, then this is the movie for you. The locations chosen for this film are superb; furthermore, we find the idea of seeing an “older” Rome really charming. In fact, all the transportation means in the movie are much smaller than what we’re used to today. Watch this movie if you want to see a princess and a journalist fall in love and go on brief but intense adventures!

La Dolce Vita. A movie that needs no introduction: a classic known worldwide. A product of director Federico Fellini, the film can be considered the “container” of several episodes within itself. Although most of the film was shot in Rome’s Cinecittà Studios, iconic locations such as the Trevi Fountain, where the female protagonist takes a swim in there. We recommend this movie not only because it’s one of the movies set in Rome, but also because Fellini is one of the most unique directors Italy has ever had. Watching one of his movies will guarantee an experience out of the ordinary for the viewers!

Let’s get out of the romantic zone for a moment. Angels and Demons, originally a book written by Dan Brown, is a thriller shot mainly along the narrow streets of Rome. The protagonist (Tom Hanks) has to solve a mystery that revolves around the Vatican and the election of the next Pope. The shooting of the movie itself sparked some controversy in Italy due to the nature of the shots needed. In fact, the Vatican did not grant them permission to get footage of St. Peter’s square and the Sistine Chapel. Some of the greatest, world-famous monuments of Rome are shown in this thriller, including the Pantheon, Santa Maria Del Popolo, Santa Maria Della Vittoria, Piazza Navona and Castel Sant’Angelo. The production of the movie broke some records while building one of the biggest replicas as sets.

The Great Beauty won an Academy Award in 2014 as “Best Foreign Language Film”, among other prizes at different festivals. The director is Italian (Paolo Sorrentino), as the majority of the cast in the film. The movie is about a search for “great beauty” (hence the title of the work), conducted by writer Jep. While Jep reminisces about his past and wonders about his future, the film is a critique of modern society, as it shows pieces of art around the city such as the Colosseum. This is definitely one of the movies set in Rome worth watching.

Okay, Okay, you got us. This is not a movie: it’s a TV show. Trust is a 2018 series shot in different locations, including Rome. Trust follows the matters of the Getty family and who’ll become the heir of the Oil company. J. Paul Getty III, the potential heir, is kidnapped in Rome by Italian mafia and held for ransom. As of right now, there’s only a 10-episode first season produced, but there are talks of a second season coming. In this TV series you can see most of the historical center of Rome, places like: Campo De’Fiori, Via Giulia, Piazza Farnese, Piazza Collona, Monti neighborhood, etc. One of the members of the Getty family was considering suing FX (the production’s company) over a case of defamation against her family.

We hope you enjoyed the list of movies set in Rome we crafted for you to watch! Did you like the scenery and the monuments in the above-mentioned films? Chances are, we offer walking tours that cover all those areas of Rome. Feel free to check them out and pick the most interesting to you for when you’ll visit! Leave a comment below to let us know how you liked the movies we suggested!