Capuchin Crypts and Our Lady of the Conception

Capuchin Crypts and Our Lady of the Conception 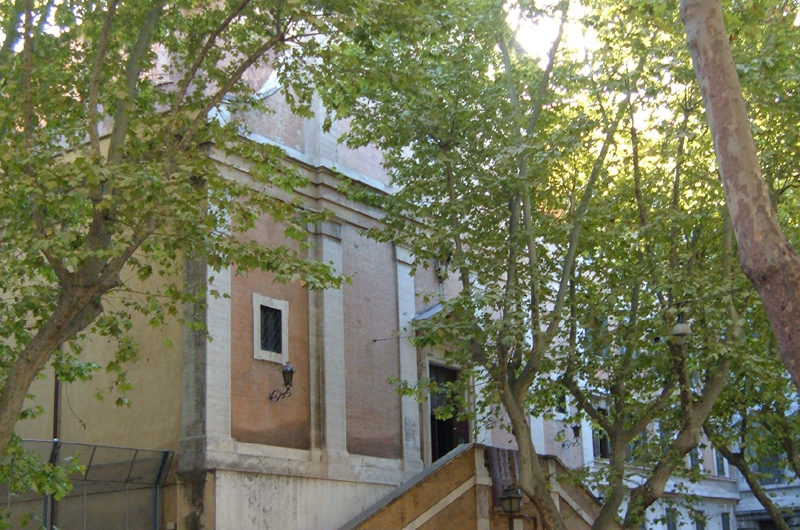 The Capuchin crypts and the church of Our Lady of the Conception of the Capuchins, designed by Michele da Bergamo, was built between 1626 and 1631 and overlooks Via Veneto, which became famous thanks to people like Federico Fellini and Ernest Hemingaway.
It is constituted by a small nave overlooked by ten chapels, five on each side. What draws thousands of tourists, visitors and scholars from all over the world is the crypt-ossuary, containing the remains of about four thousand Capuchin friars (buried between 1528 and 1870), some of whom are mummified and still wearing their habits. The church hosts graves of saints and cardinals; among them, you can find the graves of Bishop of Jerusalem, or one of the “Capuchin Mothers” Maria Felix-Peretta, and Ursini family tomb. Capuchin mothers were three women who dedicated their lives to the order (although were never allowed to join), these women were from three very rich, powerful and influential families: Cybo, Colonna, and Felix-Peretti. They fought for the capuchins and defended their rights, and even negotiated the peace treaties between the popes and the newly founded order. Thanks to these ladies the Franciscan order was restored and Capuchin order was approved by the Holy See. The heart of Maria Felix-Peretta was buried in the Capuchin Crypts.
In the beginning of 17th century Capuchin friars decided to decorate their basement, beneath the church, with the remanins of their dead brethren. The monks used over 3700 skeletons. Capuchins believe that our body is just a container and is not important, but the soul is. The bone chapel is a reminder of our swift passage on this Earth and that the real life starts at the moment of death, and the resurrection is the most important part in the cycle of life.
Who are the Capuchins? The Capuchin order is a brunch of Franciscan order, it was founded in the beginning of 16th century by Matteo da Bascio, a young Franciscan monk who decided to reform the church and mainly the Franciscan order, that had lost it’s way and became rich and corrupt. Just like the Franciscans, the Capuchins follow Christ in his footsteps and live a very simple and extremely poor life.

Capuchin monks are also responsible for Cappuccino, it was a Capuchin monk Marco d’Aviano, who invented this delicious coffee-drink for the soldiers of Papal army.

“What you are now, we once were; what we are now, you shall be” is the text on the plaque still welcoming the crypt’s visitors.

Learn more about the tour of the crypts here!