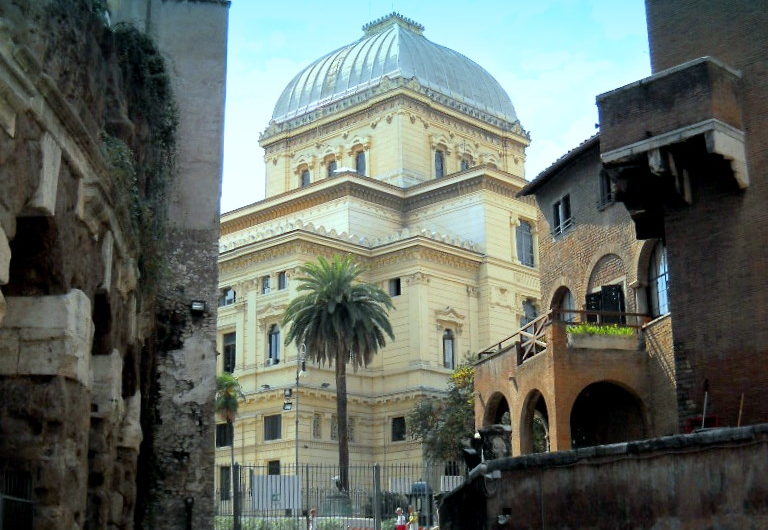 Many people born and raised in Rome would never imagine that there were still new places for them to explore in the Eternal City. The Jewish Ghetto, located right into the heart of Rome, is definitely one of them.

Historic significance of the Jewish Ghetto

Built in 1555, this place is one of the oldest Ghettos in Italy. There, papacy forced Jewish people to live secluded until late 1880’s. During WWII, as Fascist and Nazi sentiment took over Europe, the Jewish Ghetto was subject to house-to-house search from the SS. By walking along the streets of the Ghetto today, you’ll see many plaques in memory of those who didn’t survive. 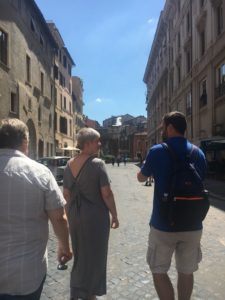 View of the Ghetto from Piazza delle Cinque Scole.

Everlasting traditions of the Jewish Ghetto

As we wandered around this neighborhood, we could just smell the taste of all the different foods typical of the Jewish cuisine. Most of the restaurants in Rome’s Ghetto prepare recipes that one generation passed on to the other. For instance, you won’t be able to find tasty deep-fried artichokes anywhere but in restaurants of the Ghetto. 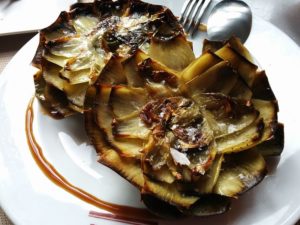 Carciofi alla Giudia as tradition of the Ghetto.

Touring the Jewish Ghetto of Rome

By traveling the streets of the ghetto, we were amazed by how many sites one could visit and yet have so much to learn about them. Teatro di Marcello and Portico d’Ottavia are just two examples of places by which one could just walk by before learning about their origins and purpose. If you’re interested in touring the ghetto to know more about it, check out the walking tour of Jewish Ghetto & Trastevere! 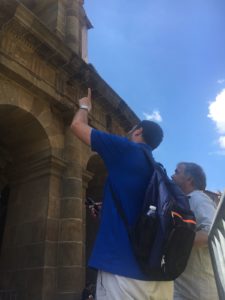 Teatro di Marcello, right at the border with the Ghetto.

The area is already familiar to you? Let us know in the comments your favorite place in the Ghetto!

Don’t forget to check our tours in and outside of Rome!

Bye for now, from Giulia!