Hidden Gem Of Rome Our Lady Of Sorrow

Hidden Gem Of Rome Our Lady Of Sorrow 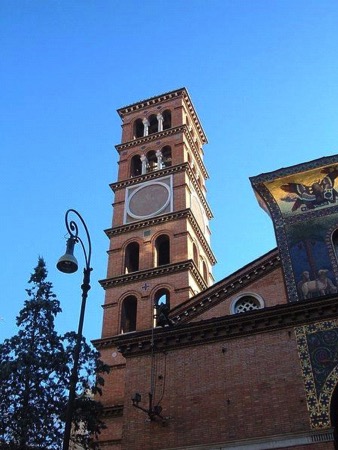 This hidden gem of Rome, unknown to the tourists, is the church of Santa Maria Addolorata. The church is located in the beautiful neighborhood called Trieste. It was founded by the Argentine priest Msgr. Jose Leon Gallardo with the help of few bishops from Argentina. The groundbreaking ceremony took place on 9 July 1910, to celebrate hundred years of Argentine independence. The construction was completed in 1930.

Both exterior and interior mosaics were done by Giambattista Conti.

From 1930 until 1989, the church was served by Mercedarian fathers or Padri Mercedari, and now it is served by Argentine diocesan clergy.