A cappuccino and a croissant: the perfect pair.

A cappuccino and a croissant: the perfect pair. 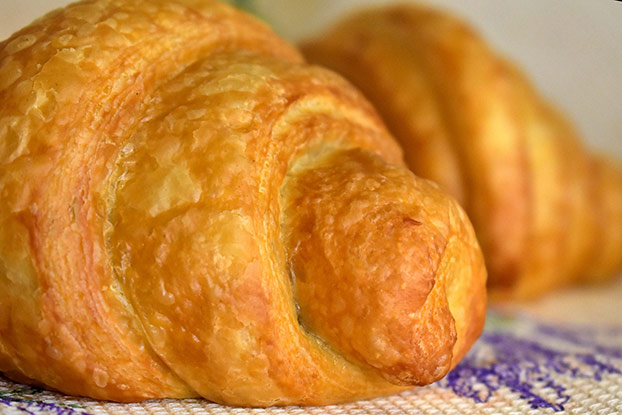 Hello again. Have you had cicoria yet? No? Well, I do recommend that you get on that if you want to be ready for the most romantic time of year in a very romantic city: Valentine’s Day in Rome!

Sure, you might not equate dark leafy greens with the celebration of love, but… I do. Because in case it hadn’t been clear, I love cicoria.

In case you subscribe to more traditional forms and expressions of love and romance, maybe you’ll identify a little more readily with my next suggestion for spending la festa di San Valentino in Rome: un cappuccino e un cornetto al bar (a cappuccino with a croissant) 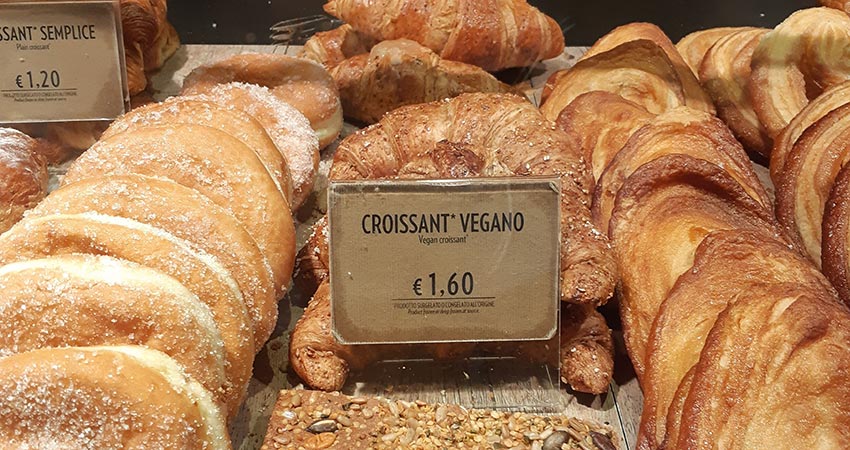 Okay, I know: maybe you’re thinking that that’s not special at all. Maybe a cappuccino and a croissant aren’t all that special to you. Well, when you’re in Rome, you really should live like the Romans. And I get that this breakfast ritual is not unique to Rome; in fact, it’s not even unique to Italy, as the word “croissant” and its pronunciation probably give away. And yet, in my experience, a cappuccino and a croissant is amongst the most popular bar breakfasts, one that, as a vegan, I can never take for granted. 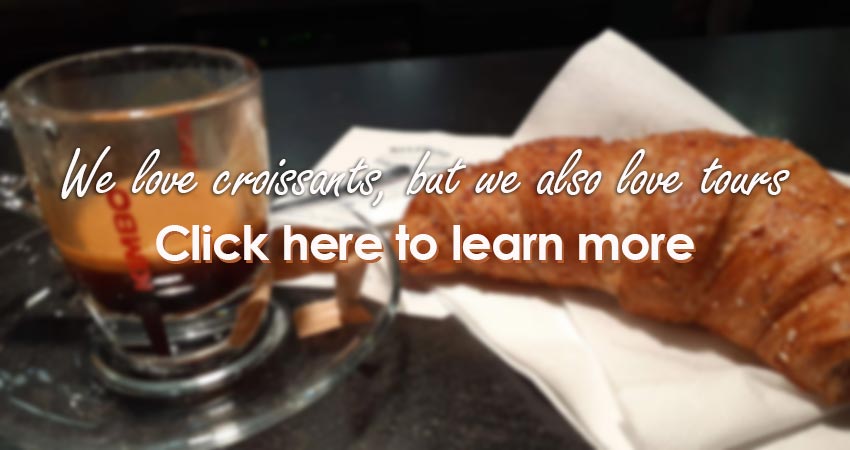 Plant-based milks weren’t common in cafés in Italy when I first visited in 2006. That year, I backpacked across Europe with a cousin and a friend, and when we went to Paris, I wasn’t sure if I’d be able to eat or survive (survive!) without having a croissant or a crêpe if everything else had cheese or butter or foie gras in it. So, I just had the croissants and crêpes; I have no regrets. In 2008, I returned to Europe with a group of young Canadians of Laziale origin, spending the entire time, as I mentioned in the last post, in Cassino, a town of approximately 36,000 in the province of Frosinone, in Lazio. (For reference, Rome is also in the region of Lazio and is about 135 km [84 miles] away from Cassino, so not far enough away to not be influenced by some Roman trends, but still far enough away.) During that trip, a cappuccino and a croissant were the breakfasts served to us every day, but I favoured oatmeal, which I had brought from home, because non-dairy milks and vegan croissants were not in vogue or even available in most places at that time.

Fast-forward 10 years or so, however, and soy milk is offered pretty much everywhere as a nondairy/vegan/plant-based option in Rome, and I imagine that other plant-based milks are also being added to the circuit. And now, as my cousin was excited to point out to me when he picked me up at the train station three years ago (in late 2017), VEGAN CROISSANTS ARE ALSO EVERYWHERE (sorry for yelling; I’m really excited).

Indeed, while soy cappuccinos started to be rather easy to locate in major cities like Rome in the 2010s, vegan croissants seemed to come out of nowhere and were basically everywhere—even at train-station bars! I was at the airport last year and I got a tasty mediocre (even mediocre vegan croissants are tasty!) croissant at Leonardo Da Vinci airport. And it also should be said that I even ended up with no croissants at times, not because they didn’t serve or make any, but because they’d sold out by the time I got there. So, these are in demand. 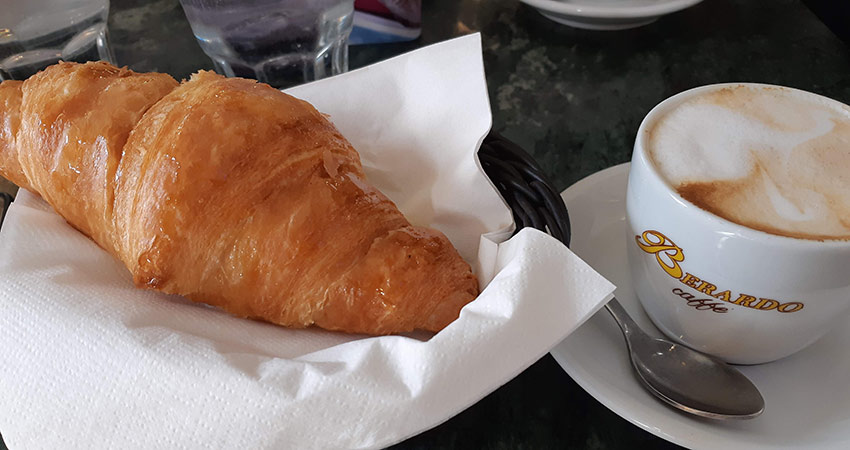 Now, I started talking about love, so how did we get to croissants?

Well, if you’re in a city that is so easy to pair with romance—have you looked at Rome for a second? Have you been to Trastevere? Have you dined at a trattoria at a sidewalk table? Have you gotten caught in the rain and had to seek refuge in a deserted courtyard that mysteriously is completely silent while the rest of the city bustles away in the sudden downpour? Romance is everywhere in Rome, and though Paris may lay claim to the title of “City of Love,” only “Rome” can be found in the word “Romance.”

A cappuccino and a croissant… Is it not a match made in heaven, or the closest place to heaven or some other godly place (*ahem* the Vatican is in Rome *ahem*)? I think it is. And if you love yourself, or love the person you’re with, treat yourself or them to this superstar of a breakfast (and Italians typically do not have cappuccino outside of the morning). It’s a superstar of a breakfast not just because it’s convenient: it’s filling enough without making you feel full, it’s delicious, and it wakes you up!

If you’re the kind of person who takes this breakfast for granted or usually rushes through it, take a moment, take a breath, and sip slowly, carefully, and with delight as you enjoy this breakfast on Valentine’s Day. If you’re drinking it at the bar and it’s 8 am, okay: drink a little faster, but if you can grab a seat, savour away! If Rome is for Romance, a cappuccino and a cornetto provide the perfect pleasant platter for your celebration of love. And in Rome, you can find romance anywhere and everywhere. Buon San Valentino!

Tags: cappuccino cornetto cornetto croissant
Previous postStarbucks in Rome
Next post5 Things To Do In Rome