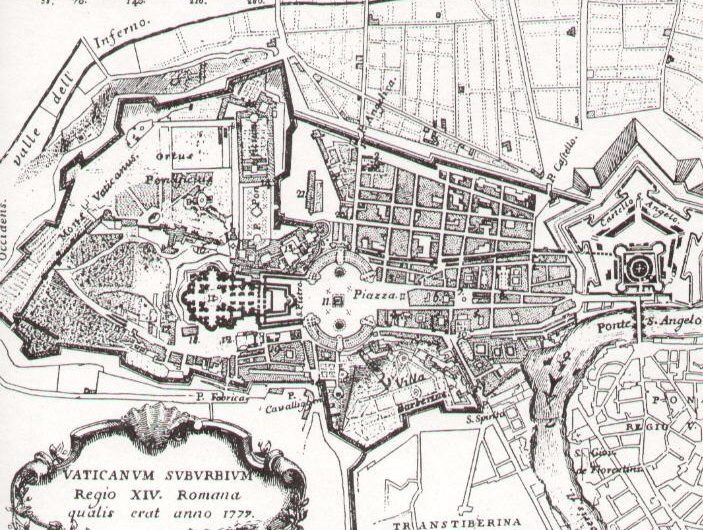 Have ever wondered what is the name of the district where Saint Peter’s Basilica and the Vatican stand? Well wonder no more! The name of the district is Borgo Pio.
Borgo Pio stands on what in ancient Roman times was a neighborhood used for burials; it is one of the few neighborhoods that has an official date of birth: December 5th, 1565, when Pope Pius IV decided to create it with a very forward-looking papal bull that also included the construction of a drainage system to protect the neighborhood from the damages caused by floods. Borgo Pio – which has a trapezoidal plan – connects via di Porta Castello to via di Porta Angelica and it stands on the right bank of the Tiber, among the Vatican City and the neighborhoods Prati and Aurelio. Between 1936 and 1950, Borgo Pio underwent a radical urban transformation, initially decided by the Fascist regime and the Vatican, which involved the demolition of houses and buildings and allowed the construction of via Conciliazione, leading to Saint Peter’s Basilica.